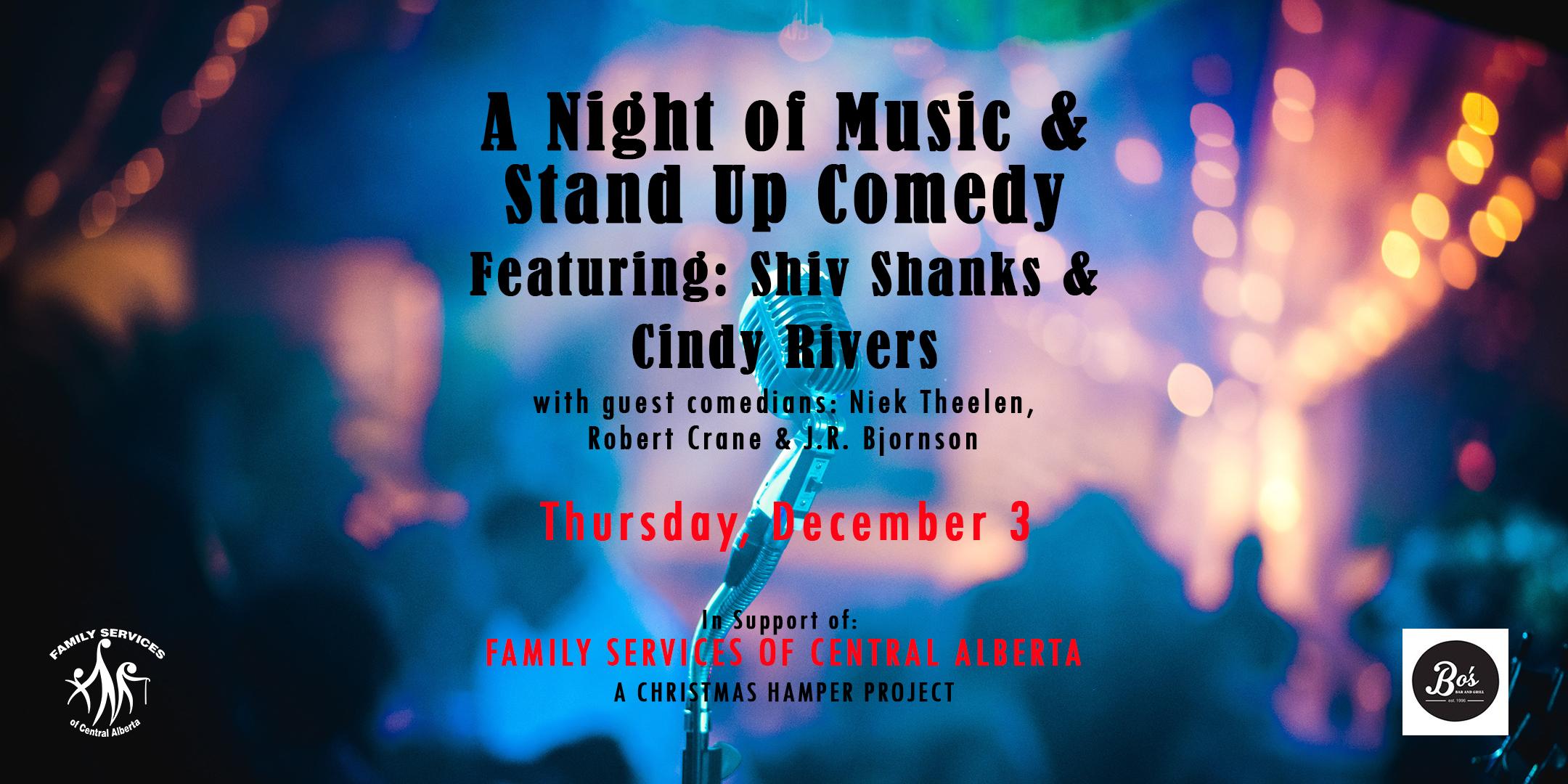 A NOT SO SOBER CHRISTMAS

A Not So Sober Christmas!

A fundraising night of comedy and music for Family Services of Central Alberta!

Tickets sold in tables of 4 or 6ppl

This event will raise money in support of Family Services of Central Alberta (FSCA) and support their Christmas hamper program and support Central Alberta families who are in need of gift cards, care packages and gifts. The goal is to support families and seniors in need, who may struggle over the upcoming holiday season.

Four Albums, and a multitude of years experience, have not slowed this man down, A fan favorite, his one-man guitar and percussion format eliminates band squabbling and is the happy result of 20 years of penning songs, many in a tiny cabin in the woods.

NNSN Has been covering the news across Central Alberta for the past 4 years, Witty Banter, and horrible news brings a delight to all shows they have done. Includes special guests;

3 Local comics, Who have been in the scene for years, and are uniting for this fundraiser. Each comic brings a unique perspective on Life, and the perplexing world we live in.

Cindy has performed and headlined all over Canada and the USA. She?s performed at festivals and clubs such as, yuk yuks, Nextfest, Big Pine Comedy Festival, Grindstone Comedy Festival, LA Comedy Club in Las Vegas, Los Angeles Diversity In comedy Festival by second city, Just for laughs Northwest, opened for the world renowned Hannah Gadsby, and was in the top 100 of the CBC next up national comedy competition. She?s slightly awkward and quirky but all funny.

This show will be socially distant and follow all AHS Guidelines. 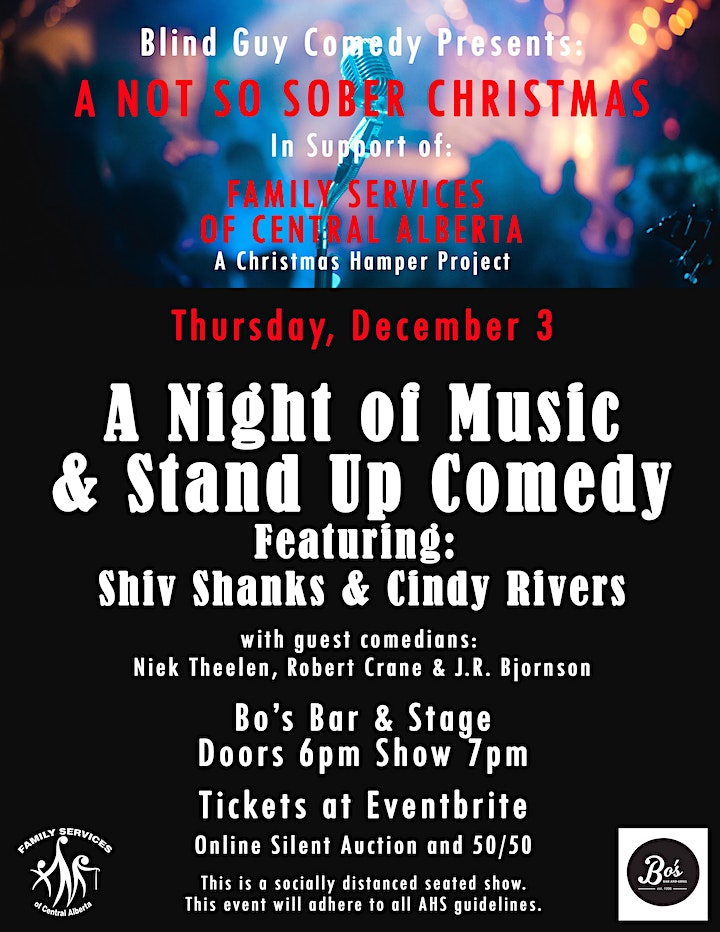