Four Rooms is a songwriter collective of Alberta based songwriters. The show is a glimps into their lives, their work, and their friendship. The show will feature each songwriter performing one after another “in the round’, and will be a journey of emotion through narrative and song.

Curtis is a Prairie Singer Songwriter . He strives to evoke emotion, stir the heart, and draw people together through song. He writes from personal experience….and absolute fiction. He intertwines rolling guitar parts with “heart on his sleeve” confessions .

He is currently working on a new release of singles, and an EP all to be released in the fall, and coming year.

Cuss is not one to sit still. His vagabon nature has placed him on stages across this country, and internationally. He has called many a place home, but home is truly where the music takes him.

A prolific writer, Levi has had 5 releases in the last 6 years. His songs champion the underdog, lift the weary, and expose those who would exploit others.

His latest release “Lost and Found” is his third record with fellow Canadian, and producer Steve Dawnson. His relationship with Steve and others has led to a catalogue of music that , when played, hints at an ongoing narrative of the times.

Mike got his first guitar at 14, and stepped onto his first stage at 58, there of course were many campfires in between, but encouraged by those who mean the most, Mike has stepped into the world of songwriting and performing like a seasoned veteran . His debut album “Gravity Wins” released in the fall of 2020 encompasses Love, Loss, Labor, and laughter.

As a life long Albertan, and father of 2 daughters, Mike is grateful for the next adventure, and opportunity to share his heart in songs.

Canadian alternative folk rock singer/songwriter Ryon Holmedal seeks to immerse listeners in a musical experience. With stirring melody and lyrical story drawn from observation and life, Ryon sweeps away at the soul exploring the light and contrasting shadows spilled on the human experience.

Ryon?s current projects include; A new ten track studio album titled “Silver Thread” to be released early2020. “Manic” the first single, released in July 2018 with follow up lyric/music video and ?The Gathering? released in November, both featured on The Indie Spotlight at Rock 106.7 and in rotation at Radio WOXS Australia, KBRadio and KBIndieRadio Ontario and play at CKUA Edmonton. The third single “Hold On” and its accompanying music video officially released June 6th, 2019 in honor of the 75th anniversary of D-Day and the soldiers who continue to put their lives in harm’s way to serve our country.

?Tethers?, is a multimedia production in musical/visual storytelling. Debuted 2017 and has since run 22 performances in black box theatres and host venues in western Canada that continuing to garner a growing audience with each event.

And ?Shelter In Place?, a debut acoustic CD recorded and filmed live off the floor in 2017. A warm introduction to Ryon’s music, lyric and soul. Solo or with his band, Ryon seeks to create an intimate and immersive experience in every performance. 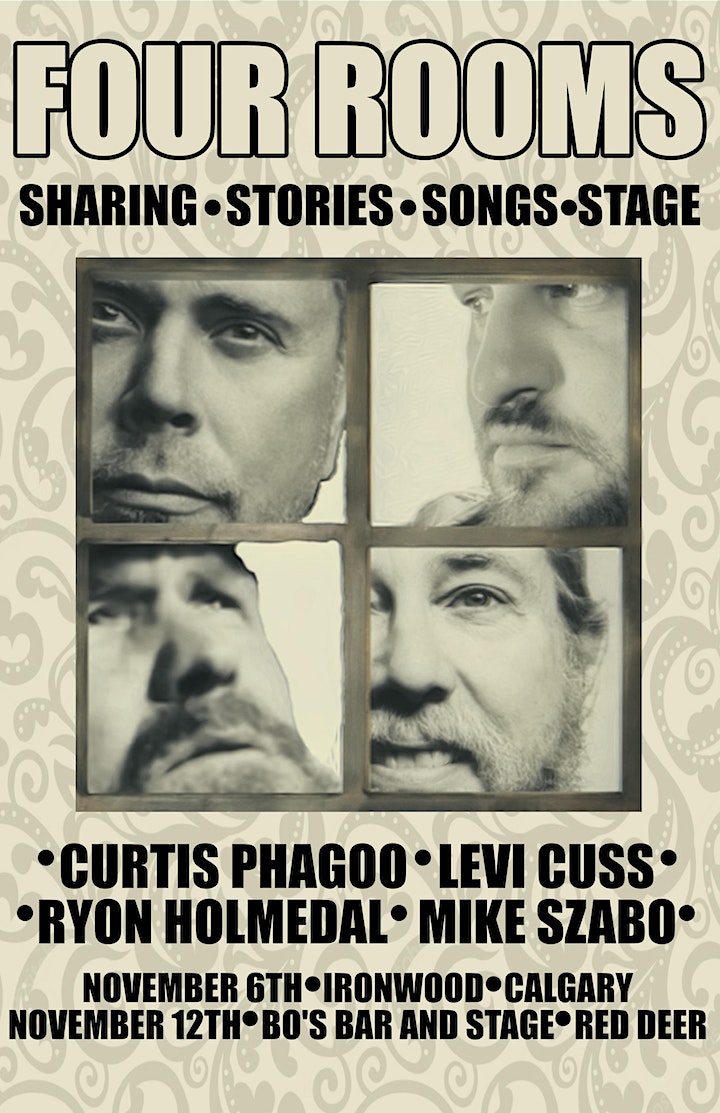