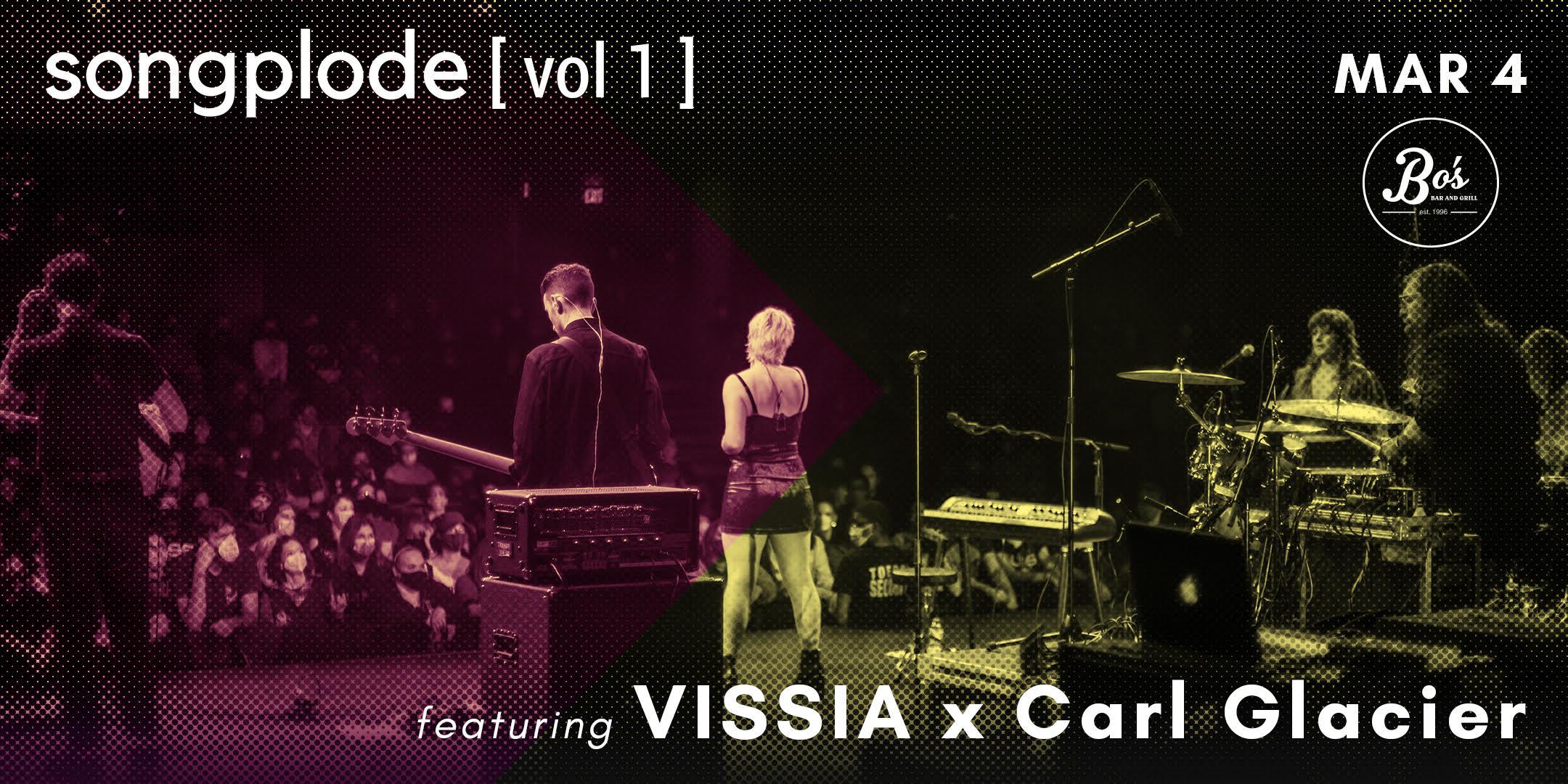 VISSIA // With a show-stopper of a voice and a knack for storytelling, Edmonton’s VISSIA [VISS-ee-yuh] captures the minuscule moments of monotonous everyday life and turns them to gold on her fearless new album, With Pleasure; an album that pines for connection, reminiscing on missed connections, and blurry nights out that meant everything. VISSIA has made high-profile appearances including the UK’s Great Escape Festival, NXNE, the Edmonton Folk Music Festival, the Canmore Folk Music Festival, and six sold-out dates in 2021 opening for USS in Alberta and Ontario. www.vissiamusic.com

Carl Glacier // On a heartfelt and dance filled adventure to save Carl Glacier’s soul, Wyatt LaPrairie combines the sounds of Mother Mother, Andy Shauf, and Chet Baker into a hot mess that only a robot could create. Yes, Carl Glacier is a robot. Over the past year, Carl Glacier has cultivated and crafted a series of animated music videos to help gain online support for Carl’s upcoming album. Carl has performed live at several beloved venues in Edmonton, Alberta such as The Buckingham, the Sewing Machine Factory, and The Aviary, both as headliner and supporting act.

songplode // songplode’s ethos of [ soul & vibe ] is inspired by the complex interplay of independent art, music and modern pop-culture, and the people who are making it. Through their vinylzine, national concert series, playlists, and editorial offerings, songplode dives into the human experience of what it means to be an independent artist today. www.songplode.art