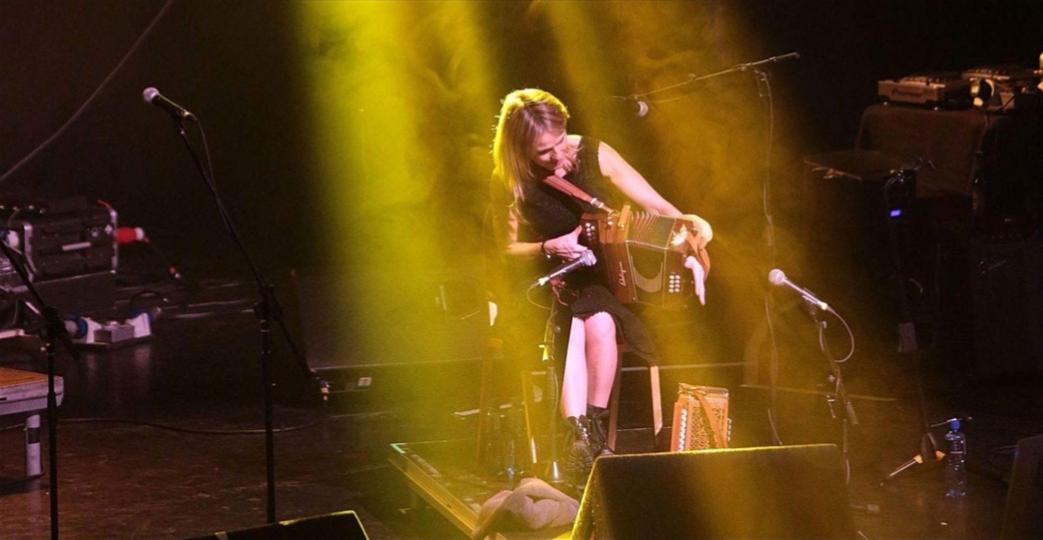 The Irish Cultural Society of Central Alberta is a not-for-profit organization which strives to foster positive social and cultural engagements. Our inaugural Traditional Irish night this past summer sold out.

?Sharon Shannon defines casual brilliance. She plays accordion with carefree fluidity, virtuosic but not flashy. She performs traditional Irish music with a contemporary freshness and an ear to compatible ethnic influences… subtle and sublime music.? – The Boston Globe

?Sharon Shannon has the energy and stage presence of rockers and the unpretentious traditional roots of a pub musician… as exciting a live band as you?ll find coming out of post-Celtic-revival Ireland.? – Dirty Linen

Sharon’s career began with the internationally acclaimed Irish folk/rock group The Waterboys in 1988. I While never losing sight of her roots in Irish folk music, she has undertaken a musical journey which includes collaborations with Bono and Adam Clayton, classical violinist Nigel Kennedy, reggae legend Denis Bovell, the Kodo drummers of Japan as well as Steve Earle, Jackson Browne, Emmylou Harris and Alison Krauss. Her cross-global collaborations have lead to successful concerts the world over, including performances in the UK, Europe, Japan, Australia, the United States, Canada and Africa.

Bono [U2} speaking to the New York Times. See for yourself in this YouTube video we put together.